From Denmark, Uffe Weiland (died in 2016) has traveled extensively: from humanitarian development programs in Africa to scenography, photography and set design, he has worked in all kinds of artistic expressions: painting, sculpture, multimedia… Danish landscapers of the Golden Age, light in painting, but also Asger Jorn, Cobra, gestural painting, action painting are his first influences.

In 1998, he devoted himself entirely to painting and sculpture. During his first exhibition at the Depardieu Gallery in 2010, he proposed a set of original mobile sculptures, directly related to the great masters of the 20th century sculpture. Deconstructed, the bamboo bends to surrender to gravity.

During his last exhibition, Uffe Weiland proposed a series of works on wood, with an almost Japanese graphic, realized in a gestural way, with brightly colored backgrounds, masterfully using the carpenter’s tools…

Uffe Weiland tirelessly seeked, through his many sketches, the absolute balance. His works of art are abstractions who seem to seek heaven. 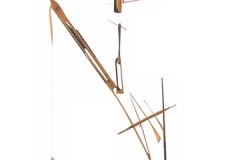 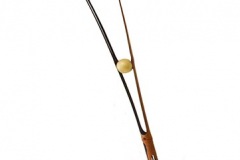 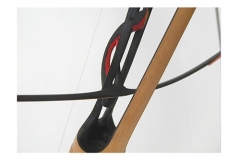 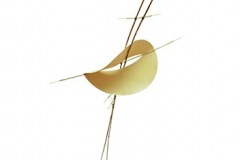 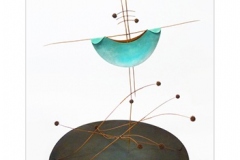