Tommaso Tozzi was born in Florence in 1960. As a pioneer of digital art (computer art), he has been interested by « net.art » and digital cultures as works of art, of which he is the initiator in Italy. The events he puts online are characterized by strong social and political values and are antagonistic cultures. Since the second half of the 70s, he has created musical, artistic and countercultural projects. As early as 1982, he begins to take part in collective and individual exhibitions in some of the principal Italian institutions. He participates in happenings with the artist and musician Giuseppe Chiari. Consistently interested in « underground » movements he produced fanzines, self-managed and self-produced projects and, at the end of the 80s he was one of the founders of the independent thematic networks of an artistic and social nature and furthermore, projects of classifying alternative cultures.
In the 80s, he produces computer graphics contributions for some of the most important Italian TV channels. Since then, he has created multimedia productions, and has been successively stage manager, director, programmer and graphic designer. He has recently conceived and brought to life the « Wikiartpedia » project, a free online encyclopedia about art and network culture.

For Tommaso Tozzi, the production of meaning arises from mixing codes, in that the diverted use of codes produces new meanings and forms of communication. The arbitrary and ambiguous use of codes is the rule on a daily basis and in the use of language. The networks are not a virtual world but an organic system capable of creating a virtual atmosphere , a context where we can develop a form of our own life that cannot be found in the natural world. If we want communication not only to be only a form of writing but also to express itself at the same time orally, the identity has to be possible to interpret and not to decode. His deformation at the moment of the informative and communicative act is the starting point of the construction of spontaneous, non-programmed, social communities. It is also contiguous with the development of the complexity of reality.

Author of « Hacker Art BBS » (1990), co-founder of the « Cyberpunk » (1991), « Cybernet » (1993) and « Strano » (1993) networks.
Organiser with Strano Network of the meeting and exhibition « The right to communication in the decor of the end of the millenium » (Contempory Art Center Luigi Pecci) Prato (1995)
According to him we can call « art » the participation in many diverse ways, in the millenium transformation of global cultural processes aiming to encourage a feeling of liberty, equality, fraternity and cooperation between individuals.
Tommaso Tozzi is the director of the School of New Art Technologies (a triennial course of « Multimedial Art » and a biennal course in « Net Art and Digital Culture »), and he is also in charge of classes at the Academy of Fine Arts in Carrara and at the University of Florence. 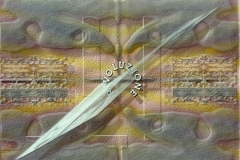 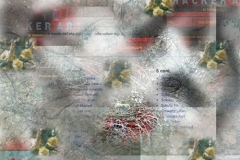 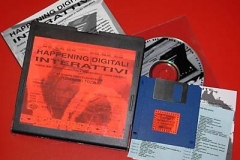 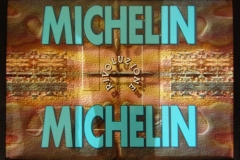 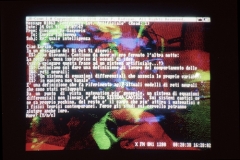 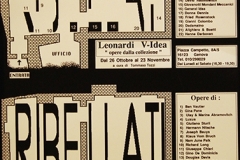