Born in 1946 in Cannes, Max Charvolen formed himself in a region of Nice, which in the sixties was experiencing an intense creative bubble, linked to the presence in Nice of avant-gardes of the time – Nouveau Réalisme and Fluxus – and the development of original exhibition venues, such as the Maeght Foundation.

He studied at the School of Decorative Arts in Nice and then at the School of Fine Arts and Architecture in Marseille, where he trained in painting and architecture. He participates in the movement that will give birth to groups like INTERVENTION, ABC, SUPPORTS-SURFACES or TEACHING. He founds, with Chacallis, Isnard, Maccaferri and Miguel, the Group 70.

“His work is structured according to three main problematic axes: the elements of painting, space, representation. From the works of the 60s and 70s centered on the canvas and its various modifications by cutting, folding, sewing, coloring and using the format of the painting as a model, succeeded, from 1979, work modeled on frames and objects. Since then he has fragmented the canvas by cutting it before reconstructing it on objects or built-up areas, of which he then sets the figure flat. The coloring then becomes a mean of differentiating and putting into consideration some elements of the work: process, volume, perimeter, limits and edges. Part of his work focuses on the variations of the possible flattening of the same volume using calculation and digital drawing. Jean Petitot was able to analyze his project as a reversal of the classical perspective: where painting seeked to give the illusion of depth in two dimensions, Max Charvolen shows on scale 1 the reality of the two dimension, the memory of the three dimensions.

He deals with representation without going through figuration and gives new formats and new reasons to our symbolic spaces.” 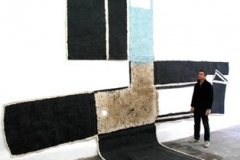 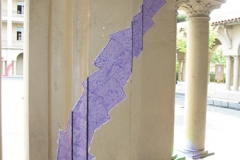 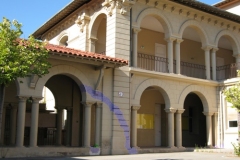 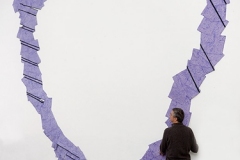 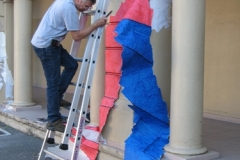 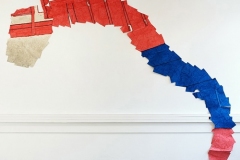 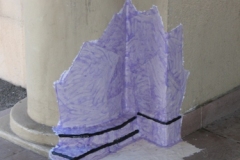 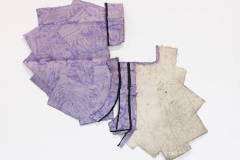 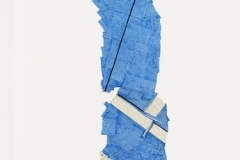 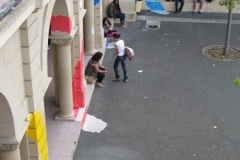 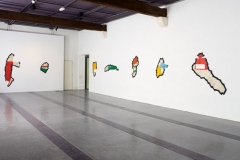 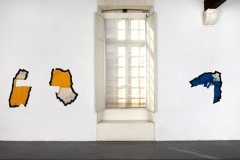