Luciano Figueiredo patiently creates, like a logician constructing an argument, a closed and coherent pictorial universe made of shapes, surfaces, and colors in their reciprocal relations. The attentive observer will not fail to perceive the unrestrained activity in this world of plans, fulls, voids who live their palpitating relations sometimes commensal, sometimes symbiotic or co-dependent. Only hierarchical relationships are absent, perhaps proscribed by internal regulations.

The pictorial enterprise of Luciano Figueiredo is based on a rigorous reflection. Each canvas demonstrates its desire to make painting without any links to the world of exterior appearances, and to have nothing in common with the figurative conception. Luciano Figueiredo inserts himself in a modernist tradition of non-objective painting. Although concrete art has nourished his reflection, he is not a fundamentalist follower of this movement, who affirmed that the work of art “must be entirely conceived and formed by the mind before its execution”, for he readily recounts the process that led him to compose his painting with forms redeployed by successive gropings.

Not a fundamentalist, Luciano Figueiredo is a very integral practitioner of this art that is labeled abstract, non-figurative or not objective. The signatories of the manifesto Base de la Peinture Concrète claimed that the painting “has no meaning other than itself”. This definition could equally well apply to the work of Luciano Figueiredo if the integrity of his system of painting was not the caution of a visual excitement that seems immediately denied by this almost tautological description.

The regulatory premise of this system structured by rules that one guesses through the eyes is summarized: no illusionism. The techniques of re-representation of the world are banned. What happens in this cosmos made up exclusively of canvas and color? So many events that we will take the trouble to observe. Some are purely optical: the juxtapositions of colors that confuse the retina and demonstrate the reality of the theories of Johannes Itten. Others are physical: the absorption of the pigment by the canvas will influence the material and make it more or less resistant to the pictural plan. Subjected to light, these projections create shadows. By going back and forth between data of such simple appearance and multiple sensory experiences, one is quickly overtaken by events, and that is the secret of a discreet and modestly ambitious art. 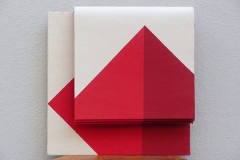 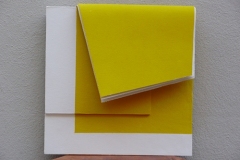 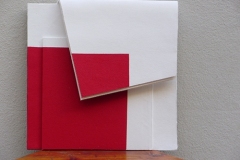 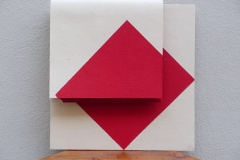 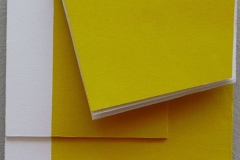 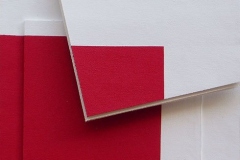 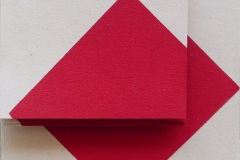