John Douglas has always struggled to make the work we live in more clearer, trough his art. He exposes social and economic contradictions in order to encourage us to change. Even if most of the images (CGI or pictures) represent real landscapes or fictional nature, Douglas tries to seize the emergency or the importance of life in this world, in the same way as he did when he was realizing documentaries on the revolution or on others conflicts.

« The real possibility four our world to change seems to require a serious revaluation of our approach of life itself. This series of work, ROX, represents a new connection, an other way of considering what is possible. Until we can make such leap of our collective thought, the chances of survival of the human species are very unlikely. »

He is one of the cofounders with his old friend, Robert Kramer, of the politically engaged Newsreel collective in 1967, John Douglas produced a film on the People’s war in North Vietnam and Milestones in the 60s and 70s.

John Douglas photographs, clones, multiplies and stages himself naked in a large format, in black and white but also in color. The unique subject of this series of images, he delivers his message to us with efficiency, depth and sardonic humor : no to war ! no to violence ! To this end, he uses shots of American society. Taking his shotgun he defends in turn a flowerbed, a magnificent oak tree, America by the north, a caravan where a lot of poor Americans live etc..

In a shot which refers to the American Civil War, he incarnates alone an army returning from the battlefield. His soldiers are the opposite of what we are shown on our television screens, armed with bulletproof vests, night-vision helmets and other military gadgets, just like robots. His soldier is naked, human, vulnerable, carrying a derisory weapon. John Douglas loves his country. He fights against the excesses of the « Patriot Act », a law voted after 11/09/2001 that restrains individual liberties, the founding principles of American democracy. He denounces the fascination for guns and how easy it is to obtain them. 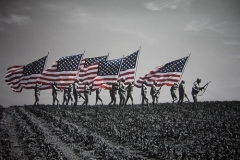 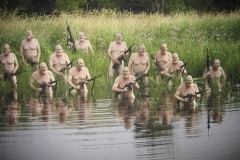 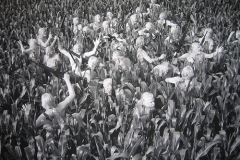 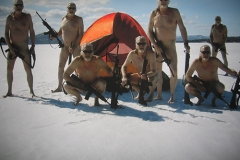 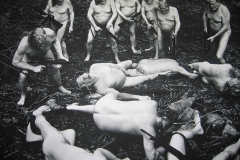 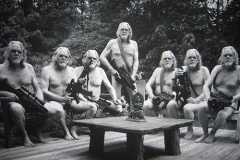 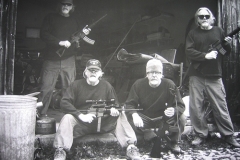 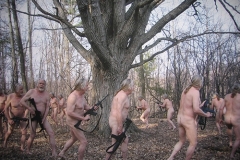 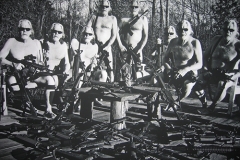 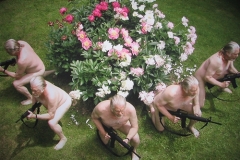 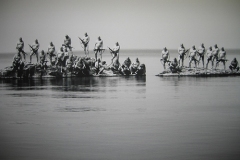 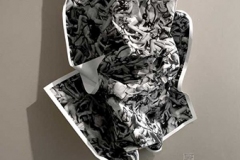 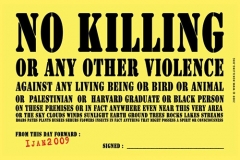 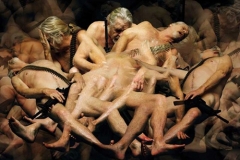 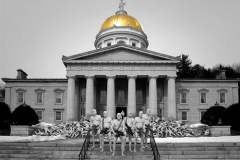 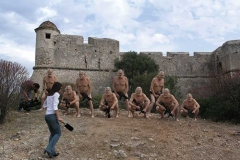 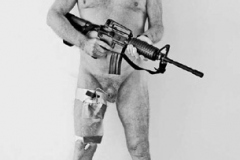