Thupinier is one of those painters who has to do with words … Or who knows they have to do with words and who questions that knowledge. Thupinier was already questioning the words in his very first plays. Then words disappeared … “to put the human at the center of the painting,” said Thupinier, and he engaged himself in particular, in these series of faces, unrecognized portraits to represent the human. And here the words come back in force, taking the place of the subject of the previous series, the place of the face. Deeply moving: in the current series, the words face you, they must be considered. In Thupinier’s paintings, the word revolves around a center, one wonders whether it explodes or implodes, if it is crushed by gravity, or if it escapes it. It is a whole life, a whole swarming with tones of poor earth, of crumbling rock, a fusion that produces its craters, telluric movements, mountains, plains, deserts, valleys, liquids and their diffusions and effusions, their vegetal grows between lichen, mold and traces of insects … These troubling portraits of words are all maps of the territories established by the painter … Deeply moving. It is here, indeed, that the world appears, and a thought in action of the world, and an emotion of the world made thing, and the distance that must be taken with the world to live in it. 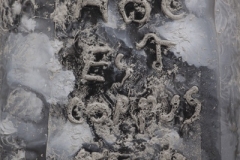 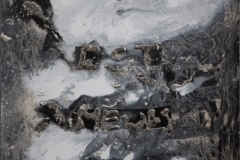 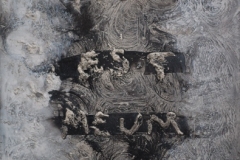 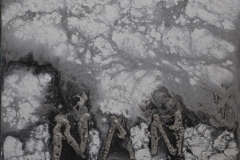 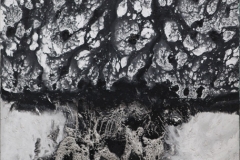 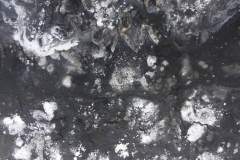 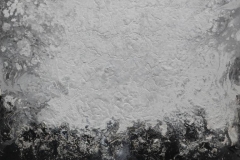 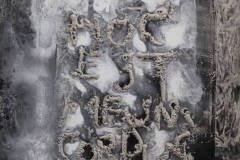 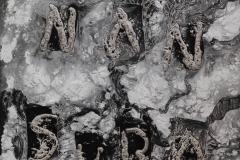 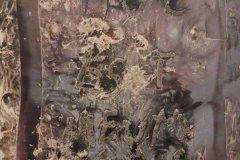 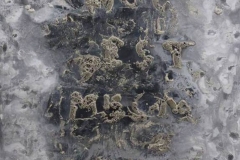