Coming from the world of danse, N_VR has followed many formations linked to photography (evening lessons at the ENSP of Arles, an internship at the photography department in Bordeaux’s museums, internships with famous photographs during les Rencontres d’Arles..), her goal was to visually develop her ways of visually apprehending the world.

From 2006 to 2009, N-VR participated to diverse collective exhibitions (« Minuit vingt, demain matin » Group A in Paris X) and personal ones (« Désapparences » in Paris, Bordeaux, Arles, Marseille and Tolède (Espagne)).

In 2010, artist residency close to the Community of towns of the Gard’s bridge (an exhibition : « Commun Territories, Intimate Landscapes » and a participated photographic workshop « Image .., Image of the Other » are developed).

From 2011 to 2015, she develops workshops with the CCAS of Bordeaux …, her personal exhibition « SOMETHING rED » is programmed in Paris, Arles, Marseille2013, Bordeaux and Rhodes (Grèce). She also works with editors, directed a cultural review : « L’Ormée « to which she still visually contributes, an article on her job was publish in the « Art Absolument » review in June 2015.

In 2016, the artist participates to « Femmes en Mouvement », event supported by the town of Arles and which the visual was chosen among her last two year piece of work. She proposes a projection « On the head of women » and the workshop « Image .. ». Her photographic series « Urban Ghost » was exposed for the first time in Arles during « Arts at Home » then in Calvisson and Valliguières (Gard).

In 2017, she develops her personal project : « Ghost Project » including five canvas form her series of paintings. « Ghost dance » will go to a gallery in Colorado. She has projects with the towns of Beglès and Brest and the region of Hamburg (Germany).

Ut Barley Sugar (artist and Parisian performer) speaks about her work : « N_VR is an explorer of the thickness of the present, she goes trough reality without barley opening the edges of present time. She reveals another dimension without any staging, just letting herself be surprised by the present moment who causes in us a vision of the reality thanks to the precision of her instinct. She composes her pictures like her paintings; the creating process goes trough an interstice of conscience : seeing and feeling the image between reality and shown dream. From this pre consciousness of the image, N_VR composes series who immerse the spectator in a state of unconscious observation ». 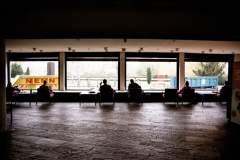 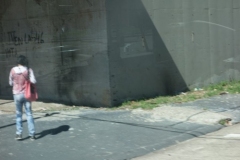 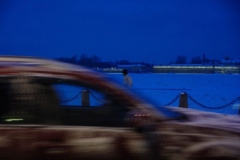 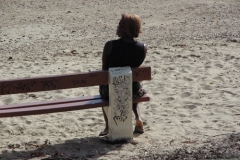 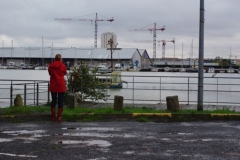