Martine Barrat, photographer, videographer, and filmmaker, has worked in New York sine 1968. She is a native of France and was recently introduced by the French government into the highty prestigious Ordre des Arts et des Lettres. Best known for her videos and photographs of people in Harlem, Brooklyn and the South Brounx, Barrat’s work has been exhibited in museums around the world.

Recently, Barrat’s work was featured in the acclaimed Harlem In my Heart, a major retrospective at La Maison Européenne de la Photographie in Paris. The show featured 190 photographs and her most recent video work and was reviewed and featured in over fifty international newspaper, magazine and radio shows. The French publication Liberation remarked that « Harlem In My Heart is not a monument to the glory of American blacks, but a collection of moments in their company, a rare intensity…it is almost impossible not to cry, the emotion is palpable ». New exhibitions are being planned for Martin-Gropius-Bau in Berlin and the city of Paris in 2012.

Barrat first gained notoriety with the video You Do The Crime, You Do The Time, which premiered in 1978 at the Whitney Museum of American Art in New York. The video, which depicted the lives of young gang members in the South Bronx, was a collaborative effort between Barrat and the gang members from 1971-1977. Excerpts of the videos, along with an interview with barrat, were featured on the nationalitY broadcast NBC special « Violence in America ». The video was also broadcast in its entirely in Italy, where it received an awaed for Best Documentary at the Milan Film Festival.

Barrat’s photographs have appeared, throughout the years, in many publications, including The New York Times Magazine, Life, Vanity Fair, The Village Voice, Vogue, Paris Match, Le Monde, Die Zelt, La Republica, Libération, Kursbuch Magazine, Nikkel Business Magazine, Télérama and Cicero. In 1984, one of her photographs was chosen by Life Magazine as Best Picture of the Year. In 1993, Viking/Penguin published Barrat’s monograph Do or Die (first published by Rowohlt in Germany as Die Boxer in 1991), an intimate look at child boxers. The book, which includes essays by Martin Scorsese and Gordon Parks, received unanimous praise. Prior to that, Barrat’s photographs were featured in My Friends, publiseh by Yohji Yamamoto (Japan 1987) with an essay by Makoto Ooka. Additional photographs are featured in numerous other books, including Ohno Kazuo (Film Art, Japan 1999) and Azzedine Alaïa, (Steidl, Germany 1999).

Barrat has been commissioned to do a number of commercial projects. She was selected by Max Mara to vreate images for a bilboard and bus advertising campaign in France, Variations Gitanes, which later became the basis for a book and an exhibition at the Musée du Louvre in 1983. Her images of the young soccer player of La Goutte D’Or, produced for Nike, were used for an exhibition in 2006 and a limited edition T-shirt. She also produced three films for Yves St Laurent / Charles of the Ritz : two promotional films (both 1971) and a documentary entitled Woman is Sweeter (1970) with a soundtrack composed by Galt MacDermot, the composer for Hair. Barrat has produced cover art and press photographs for Virgin records, Sony Music Entertainment and other companies in the music industry and has taken portraits of a wide range of figures, including James Baldwin, Simone de Beauvoir, Jean-Pil Sartre, William Burroughs, Bob Marley, Jacques Chirac, Martin Scorcese, Marguerite Duras, Yasushi Inoue, V. S. Naipaul, Gordon Parks, Paul Auster, and Budd Schulberg. Barrat has received grants from the National Endowment for the Arts (USA°, Creative Artist Project Services (USA), the Ministry of Cultural Affairs (France), and the Ministry of Foreign Affairs (France). 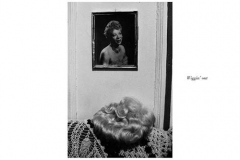 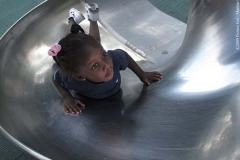 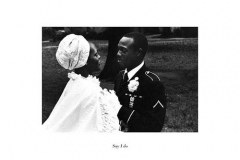 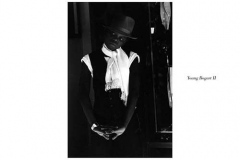 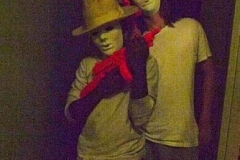 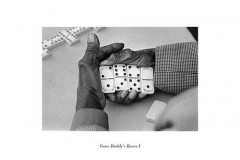 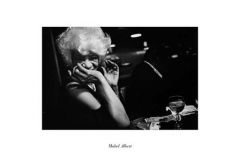 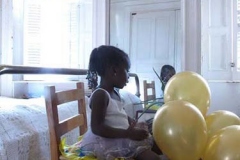 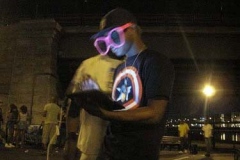 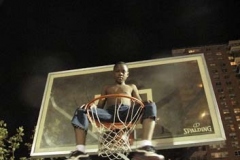