If I didn’t know who William Henry Fox Talbot was and I chanced to open a copy of his 1844 book titled The Pencil of Nature, I would expect to see nothing but a book of drawings. Yet, reading

the short preface tipped into a 1969 copy of the book I have in my library, I find the following words: The plates of the present work will be executed with greatest care, entirely by optical and chemical processes. It is not intended to have them altered in any way, and the scenes represented will contain nothing but the genuine touches of Nature’s pencil.

The genuine touches of Nature’s pencil. What a beautiful way to describe a photograph. It’s the genuine part that captures the magic of photography for me. Going on 50 years in photography now, I, humbly, have also faithfully and without fail, accepted what the lens sees and gives me, never daring even to dream of tampering with the reality of the moment the shutter gives me, whether for a negative, or today in the original, unmanipulated Raw files my camera produces on the spot. To be drawn to the truth of the image is to be drawn to nature.

I also happen to be a photographer who loves to draw, making sketches of my images, but only after the camera has already taken the picture. How foolish you could say. Like putting on underwear over your trousers. But I draw, after the fact, not to create an image but to test it, to quell my impatience and curiosity about what occurred at the moment exposure, like peeking through the corners of Christmas wrap as a kid trying to guess what gift awaits under the tree. And there is also another, more important reason to see the image sooner than actually seeing it. It has something to do with anticipation, hope, call it desire, the possibility that something exists before knowing it to be true.

I like to think of my work in photography as one long, never ending sentence where the necessities and temptations of redundancy—using the same nouns, adjectives, and verbs—are kept to a minimum. Stretching five decades by now, is it possible, I continue asking myself, to keep every picture essentially the same yet entirely different? […] 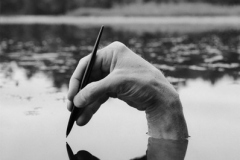 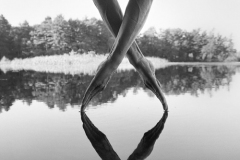 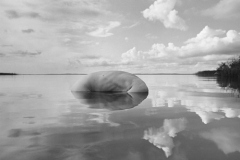 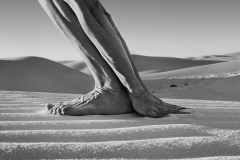 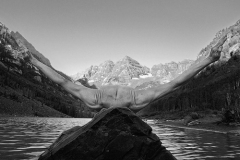